Code
A10
Sector
Agriculture
The complete description of the NWRM
a10_-_traditional_terracing.pdf
Summary

Traditional terraces consist of nearly level platforms built along contour lines of slopes, mostly sustained by stone walls, used for farming on hilly terrain.  By reducing the effective slope of land, terracing can reduce erosion and surface run-off by slowing rainwater to a non-erosive velocity. This also increases the degree if infiltration and improves soil moisture.  However, abandonment of traditional terracing can result in high levels of erosion and run-off due to the lack of maintenance of stone walls. Abandonment can also change the nature of local flora and fauna; this may not be beneficial, for example the spontaneous regeneration of vegetation can present a risk of wild fire spread on sloping land.

This measure focuses on existing or traditional terracing as it involves less disturbance of the terrain than modern terracing such as significant levelling or cutting using heavy machinery. As the measure is highly labour intensive and costly to implement the focus of the measure would be in maintaining existing terracing rather than expansion. 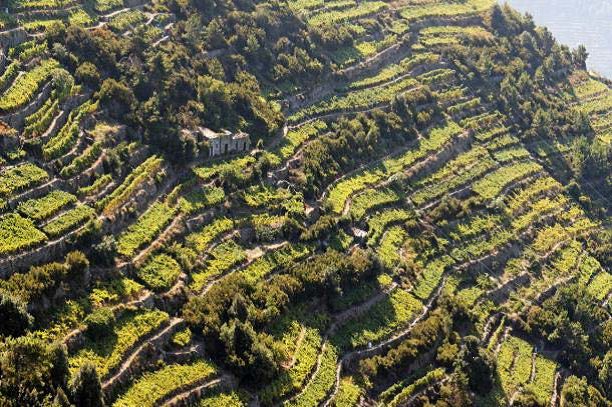